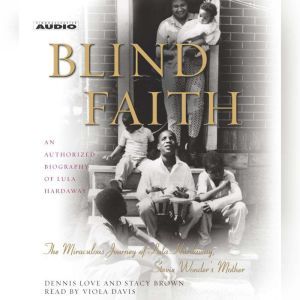 Hardship, sacrifice, determination and ultimate triumph make up Blind Faith, the frank and compelling biography of Lula Hardaway, mother of superstar musician and singer Stevie Wonder. A motherless child born in a sharecropper's shack in Alabama, Lula was passed from relative to relative, unwanted and unloved. As a teenager she was sent to Chicago where she married a much older man who abused her and forced her to work as a prostitute. Determined to build a better life for her children, she eventually made her escape to Detroit. Although Stevland Judkins was blind virtually from birth, Lula noticed that this little boy impressed everyone with his outgoing personality, his intelligence, charm, and his incredible musical talent. Berry Gordy dubbed the boy Little Stevie Wonder and launched him into musical history when he signed Stevie to his Motown label. When Innervisions won a Grammy award for Album of the Year in 1973, Stevie Wonder refused to accept the award unless Lula walked with him to the podium where he proclaimed, "her strength has led us to this place." Indeed, it was Lula's drive and her willingness to sacrifice the now for the future that saw them through. Blind Faith is not only the story of the birth of a superstar, but a stirring testament to a mother's love