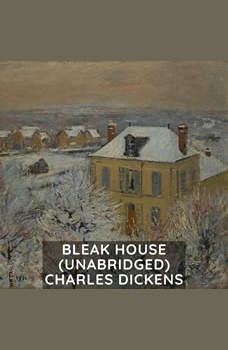 Dickens' grandest, most virtuosic achievement, Bleak House combines two tales: the story of wealthy Lady Dedlock, recounted in the third person, and that of penniless Esther Summerson, told in her own words. The haughty noblewoman and the orphan are connected by the court case Jarndyce and Jarndyce, a tangle of disputed wills and disrupted inheritance that has tied up the High Court of Chancery for decades.

Inspired by an actual court case that dragged on for more than 50 years, Dickens drew upon his own experiences as a law clerk and plaintiff to enliven his novel, which remains utterly contemporary in its portrait of a system invested in making business for itself at the expense of its plaintiffs. In addition to its complex and compelling portrayal of the English judiciary, Bleak House is also a brilliant detective story in which a police officer, Inspector Bucket, uncovers a richly plotted tale of secrets, murder, and mystery.