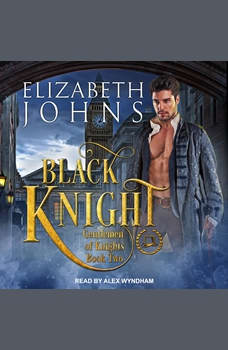 A rake and an independent female find themselves tangled in the web of a marriage of convenience . . . Lord Heath Knight is the quintessential wastrel second son. He has spent his youth raking and making merry to be as opposite of his brother as possible. When he finds himself almost dead, his dictatorial older brother has had enough and issues an edict for him to marry or be cut off. Heath decides to marry the most unsuitable lady he can in order to vex his brother the duke. Cecilia Dudley is an heiress with a catch-her father is a cit. Her dowry is so vulgar that she has decided she would rather avoid marriage in favor of an independent life where she can live as she likes. When she suddenly finds herself married, she quickly realizes a marriage of convenience is not so convenient. Heath quickly realizes he cannot ignore his new wife. Cecilia cannot accept his wild past and the baggage that follows him. Will Cecilia be able to resist the charms of a seasoned rogue?

Duke of Knight
Gentlemen of Knights #1

Knight and Day
Gentlemen of Knights #3