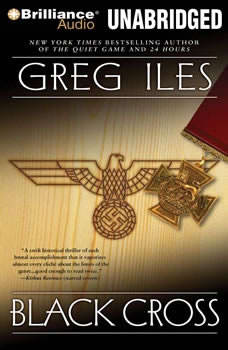 “A truly fine novel…Totally absorbing and ingenious.”—Nelson DeMille“On fire with suspense.”—Stephen KingIt is January 1944—and as Allied troops prepare for D-Day, Nazi scientists develop a toxic nerve gas that would repel and wipe out any invasion force. To salvage the planned assault, two vastly different but equally determined men are sent to infiltrate the secret concentration camp where the poison gas is being perfected on human subjects. Their only objective: destroy all traces of the gas and the men who created it—no matter how many lives may be lost. Including their own…“Stunning…From the very first page, Greg Iles takes his readers on an emotional roller-coaster ride, juxtaposing tension-filled action scenes, horrifying depictions of savage cruelty, and heart-stopping descriptions of sacrifice and bravery. A remarkable story from a remarkable writer”—Booklist