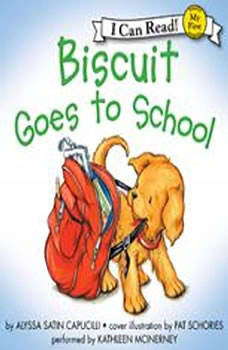 Series: My First I Can Read

Read along with your favorite I Can Read Book characters!I Can Read Books are the premier line of beginning readers encouraging children to learn-and love-to read. Featuring award-winning authors and illustrators, I Can Read Books offer a full spectrum of entertaining stories for every stage of a child's reading development. Now the beloved characters and adventures from this popular line of books come to life with I Can Read Book and CDs. Each package includes a best-selling beginning-reader storybook and a lively audio recording featuring: Word-for-word narration Music and sound effects One version with turn-the-page signals One version of uninterrupted reading

My First I Can Read Bundle

Biscuit Goes to School
My First I Can Read

Happy Halloween, Mittens
My First I Can Read

Mia and the Too Big Tutu
My First I Can Read