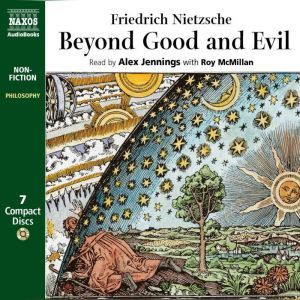 Beyond Good and Evil

Continuing where Thus Spoke Zarathustra left off, Nietzsche’s controversial work Beyond Good and Evil is one of the most influential philosophical texts of the nineteenth century and one of the most controversial works of ideology ever written. Attacking the notion of morality as nothing more than institutionalised weakness, Nietzsche criticises past philosophers for their unquestioning acceptance of moral precepts. Nietzsche tried to formulate what he called ‘the philosophy of the future’. Alex Jennings reads this new translation by Ian Johnston.