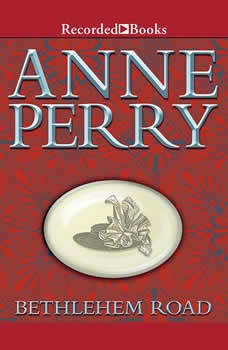 More than 15 million copies of Edgar Award winner Anne Perry's historical mysteries have been sold. In Bethlehem Road, Inspector Pitt and his wife investigate the murder of a Member of Parliament. Before they can begin to piece together what happened to Sir Lockwood Hamilton, one of his colleagues is discovered murdered-on the exact same spot.