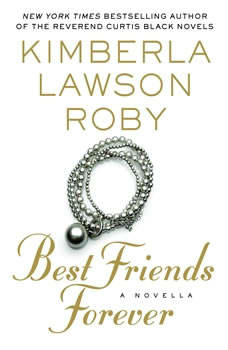 "Roby writes with high-octane levels of emotion. She pushes her characters hard...drawing in readers to be more than bystanders." - USA TodayThings are falling apart in the Richardson household. Angry arguments between Celine and her husband, Keith, have become routine. She resents that he's working long hours and staying out all night, and he accuses her of not giving him the attention he deserves. Their marriage is at a cross-roads and Celine worries how her 10-year-old daughter, Kassie, will be affected.But the situation turns devastating when Celine is diagnosed with breast cancer. As her relationship with Keith deteriorates, Celine worries that she'll be left to navigate the difficult process of cancer treatment alone. But comfort and support come in the form of Celine's best friend, Lauren. They've been attached at the hip since they were children and it is Lauren who's there for Celine in her darkest moments. Now, Celine will be forced to make tough decisions-about her marriage and otherwise-and for the first time in her life, she wants to give up. Lauren vows to help by any means necessary and makes the kind of sacrifice only a best friend can. But will it be too late? Email: kim@kimroby.comFacebook.com/kimberlalawsonrobyTwitter.com/KimberlaLRobyInstagram.com/kimberlalawsonroby