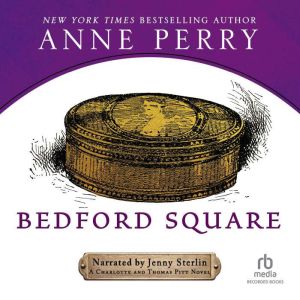 The freshly dead body sprawled on the Bedford Square doorstep of General Brandon Balantyne is an affront to every respectable sensibility. The general denies all knowledge of the shabbily dressed victim who has so rudely come to death outside his home, but Superintendent Thomas Pitt cannot believe him—for in the dead man’s pocket, Pitt finds a rare snuffbox that recently graced the general’s study. The superintendent must tread lightly, however, lest his investigation trigger a tragedy of immense proportions, ensnaring honorable men like flies in a web. Pitt’s clever wife, Charlotte, becomes his full partner in probing this masterpiece of evil, spawned by an amorality greater than they can imagine. 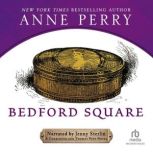