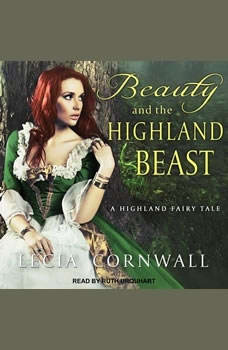 Beauty and the Highland Beast

Powerful and dangerous Highlander Dair Sinclair was once the favored son of his clan, the Sinclairs of Carraig Brigh. With Dair at the helm, Sinclair ships circled the globe bringing home incredible fortune—until one deadly mission when Dair is captured, tortured, and unable to save his young cousin. He returns home breaking under the weight of his guilt and becomes known as the Madman of Carraig Brigh. When a pagan healer predicts that only a virgin bride can heal his son's body and mind, Dair's father sets off to find the perfect wife for his son. At the castle of the fearsome McLeods, he meets lovely and kind Fia MacLeod. Although Dair does his best to frighten Fia, she sees the man underneath the damage and uses her charm and special gifts to heal his mind and heart. Will Dair let Fia love him, or is he cursed with madness forever?

When a Laird Finds a Lass
Highland Fairytale #2

The Lady and the Highlander
Highland Fairytale #3