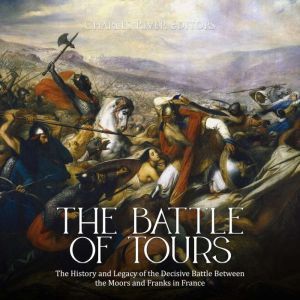 Battle of Tours, The: The History and Legacy of the Decisive Battle Between the Moors and Franks in France

While the Moors have always been associated with Spain due to their lengthy stay on the Iberian Peninsula, the most famous battle they were involved in was actually fought in modern France. While the Franks were consolidating a kingdom there, Muslim forces were pushing out of North Africa and into the Iberian Peninsula in the early 8th century, and by the dawn of the 730s, the Umayyad dynasty had expanded its territory from the Atlantic to the Pyrenees, a series of seasonally snow-capped mountains in Europe that forms a border between the nations of Spain and France. This would lead to Charles Martel’s most famous military victory came at the Battle of Tours, also called the Battle of Poitiers, on October 10, 732. At this battle, a united Frankish force decisively defeated the invading Umayyad Caliphate, making it one of the most important in all the Middle Ages for stemming the advancement of the Islamic forces in Europe.[1] As historian William E. Watson put it, “Had Charles Martel suffered at Tours-Poitiers the fate of King Roderick at the Rio Barbate, it is doubtful that a "do-nothing" sovereign of the Merovingian realm could have later succeeded where his talented major domus had failed. Indeed, as Charles was the progenitor of the Carolingian line of Frankish rulers and grandfather of Charlemagne, one can even say with a degree of certainty that the subsequent history of the West would have proceeded along vastly different currents had ‘Abd ar-Rahman been victorious at Tours-Poitiers in 732.”

Nearly 1,300 years later, the battle between the Christian Franks and the Muslim Umayyads still fascinates Westerners, as the idea of Muslims and Christians fighting each other in the heartland of France seems incongruous. Given that the battle ended the Muslim invasion of France, it has been compared with the 1529 and 1683 Ottoman sieges of Vienna as a make-or-break moment that determined whether the heart of Western Europe would become Muslim.