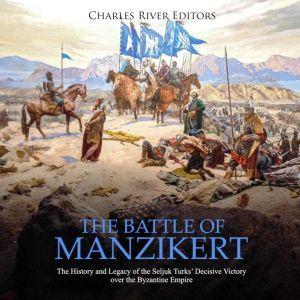 Battle of Manzikert, The: The History and Legacy of the Seljuk Turks' Decisive Victory over the Byzantine Empire

When another invading Muslim army took control of what is now Syria, Israel, and Northern Africa, the dismembered Byzantine Empire lost significant portions of land, but that allowed it to grow into a smaller and stronger unity. It took a lot of power struggles and battles on many fronts for the empire to recapture some of the lands, but gradually the Byzantine Empire lost all influence in Anatolia. By the end of the 11th century, the Hellenic culture and Greek language were replaced by Islam and Turkish.

Of all the conflicts that brought this state of affairs into being, perhaps none were as instrumental as the Battle of Manzikert, a fact noted by Turkey’s current leader. In the Republic of Turkey, Victory Day is an important commemoration that remembers the Battle of Dumlupinar (August 26–30, 1922), when a Greek invasion of western Anatolia was effectively halted. Mustafa Kemal Pasha, the founder of modern Turkey, rescued Anatolia (Asia Minor) from an attempt by Greece to conquer the Greek-speaking regions. This nationalistic conflict severed Turkey from its imperial Ottoman past and set it on a path as a free, independent, and secular nation.

The memory of the battle still stirs up powerful emotions in the national psyche, not only in Turkey but amongst Armenians, Greeks, and other ethnicities who recall hundreds of years of oppression, particularly the Turkish-initiated genocides of the early 20th century. For all these nations, the Battle of Manzikert is no simple matter of historical record: its consequences reach down to the present day and impact their lives.