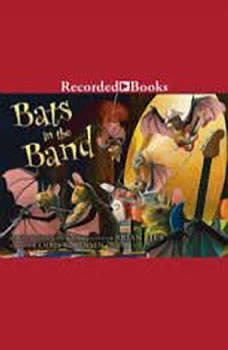 Bats in the Band

"The look on our faces is easy to read: " "a little night music is just what we need!" A late-spring night sky fills with bats flocking to a theater, already echoing and booming with delightful sounds of music. Bat music--plunky banjoes, bat-a-tat drums, improvised instruments, country ballads, and the sweet cries of a bat with the blues. Join this one-of-a-kind music festival as the bats celebrate the rhythm of the night, and the positive power of music. Brian Lies's newest celebration of bats and their dazzling, dizzying world will lift everyone's spirits with joyous noise and cheer!

Bats at the Beach
by Brian Lies

The New York Times best-seller Bats at the Beach flows from the gifted pen of award-winning author and illustrator Brian Lies. What could be better than a fun day at the beach with your loved ones? How about if it's nighttime and your family members...

Bats at the Ballgame
by Brian Lies

The New York Times best-selling author of Bats at the Beach, Brian Lies crafts heartwarming tales that allow young listeners' imaginations to soar. With infectious rhymes, Lies also packs lots of laughs into his stories about a group of young bats w...