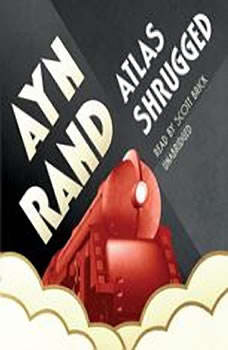 This is the story of a man who said that he would stop the motor of the worldand did. Is he a destroyer or a liberator? Why does he fight his hardest battle not against his enemies but against the woman he loves? Tremendous in scope, breathtaking in its suspense, Atlas Shrugged is Ayn Rands magnum opus, which launched an ideology and a movement. With the publication of this work in 1957, Rand gained an instant following and became a phenomenon. Atlas Shrugged emerged as a premier moral apologia for capitalism, a defense that had an electrifying effect on millions of readersand now listenerswho had never heard capitalism defended in other than technical terms.

Atlas Shrugged should be required reading for every college freshman. No other book captures the spirit and essence of the freedom of the individual like this one, nor does any other book explain as clearly what could happen in a socalist America where the producers of goods and services are punished for their success. It scared me to death and I couldn't put it down.