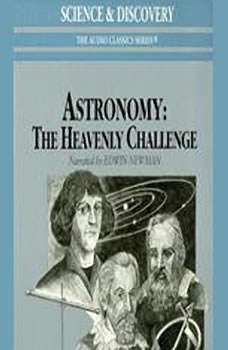 Astronomy is perhaps the oldest science. The ancients saw cosmic meanings in the stars, and they organized their lives around lunar and solar cycles (i.e. the month and year). They also observed the solstices, the equinoxes, and of course the four seasons. Over many centuries the precession of the equinoxes corrupted Julius Caesars ancient calendar (the Julian calendar); in 1586 it was replaced with the Gregorian calendar, which features the system of leap years we know today. Aristotles earthcentered (geocentric) system of crystalline spheres dominated astronomy for 2000 years. Aristarchus in 270 B.C. was ahead of his time in suggesting that the sun is at the center of the universe, and that the earth spins like a top. Eratosthenes (ca. 200 B.C.) calculated the size of the earth; Hipparchus (2nd century B.C.) calculated the distance to the moon and established a system of latitudes and longitudes. Ptolemy (1st century A.D.) published the great compilation of astronomical knowledge (the Almagest), and he offered the epicycle theory to explain new observations not explained by the geocentric theory of the universe. In 1543, the Polish astronomer Nicolaus Copernicus overturned the geocentric theory by publishing a book on his heliocentric (suncentered) theory. Johannes Kepler soon joined the great astronomer Tycho Brahe, systematizing Tychos observations with calculations proving that orbits are elliptical. Kepler also established his three great laws of celestial motion. Galileo improved the telescope and discovered many new astronomical features; his work publicly discredited the geocentric doctrine, leading to the famous recantation forced upon him by the church. Galileos celestial and terrestrial discoveries laid the foundation for the great advances and discoveries of Isaac Newton.

Astronomy: The Heavenly Challenge
The Science and Discovery Series