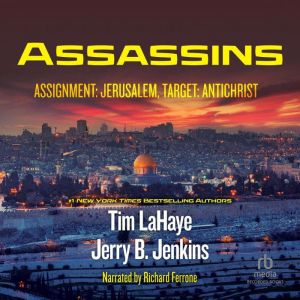 The Left Behind series is the fastest-selling Christian series ever. Each volume immediately hits best-seller lists and has thrilled millions of readers worldwide. As the sixth volume, Assassins, follows the fulfillment of Biblical prophecy, terrifying portents of judgement appear. It is now thirty-eight months into the Tribulation. Giant horsemen ride the earth, scorching thousands with their fiery wrath. The believers in Christ, finding sanctuary in safe houses, continue to receive spiritual strength from their leader. But one of the faithful, desperate to hasten events, is secretly planning to assassinate the Antichrist, Nicolae Carpathia. Educator and lecturer Tim LaHaye has made a lifelong study of prophecy. Jerry B. Jenkins has written four best-selling books. Their collaboration fills the Left Behind series with unforgettable apocalyptic visions and dramatic conflicts. Enhanced by Richard Ferrone's muscular narration, Assassins pulls the listener into the midst of great clashes between good and evil. 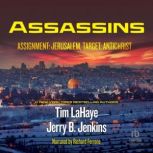