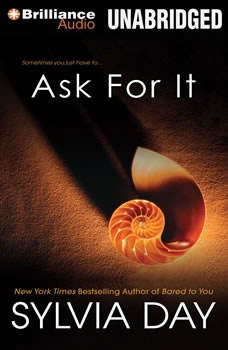 Nothing incites Marcus more than the primal hunger roused by his former fiancée, Elizabeth. It’s been years since she jilted him for another man, but that only means there’s a lot to catch up on, a lot to make up for, and that he’s going to enjoy every sweet moment.…The same drive and passion that sent her into another man’s arms is what brings Elizabeth back to Marcus. Her attraction to him is the one thing she fears, but she’s run out of options. Resisting is impossible. But does she have the courage to surrender everything?Praise for Sylvia Day and her novels“Bared to You obliterates the competition…unique and unforgettable.” —Joyfully Reviewed“The undisputed mistress of tender, erotic romance.” —Teresa Medeiros“Plenty of sizzling passion and dangerous drama.” —Booklist on Ask For It

Passion for Him, A
Georgian #3