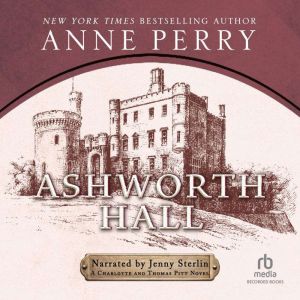 With every book she writes, Anne Perry, the supreme enchanter among historical novelists, contributes a mesmerizing new chapter to her magical re-creation of Victorian England. Here, she abandons London's cobblestone streets and exclusive drawing rooms for a great country house, Ashworth Hall, where a fateful secret conference is about to begin. The gathering has the appearance of a smart autumn house party -- stunning womena and powerful men enjoying a few days of leisurely pleasure in a setting of exquisite beauty. In fact, the guests are Irish Protestants and Catholics gathered in a reluctant parley over home rule for Ireland, a problem that has plagued the British Isles since the reign of Elizabeth I. When the meeting's moderator, government bigwig Ainsley Greville, is found murdered in his bath, the negotations seemed doomed. Superintendent Thomas Pitt of Scotland Yard almost despairs as divorce proceedings involving the great Irish Nationalist leader Charles Stewart Parnell and his mistress, Kitty O'Shea, become an open scandal. To make matters worse, it seems the late Greville himself may have had a less than savory personal life. The surviving guests -- six men and five women -- unleash their true feelings, or perhaps only pretend to do so. Their servants follow suit. Unless Pitt and his clever wife, Charlotte, can root out the truth, simmering passions above and below stairs may again explode in murder, the hopeful home rule movement may collapse, and civil war may destroy Ireland. Never before has Pitt borne such terrible responsibilities, and never has Charlotte been less able to share them. 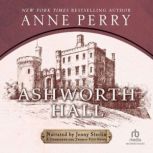