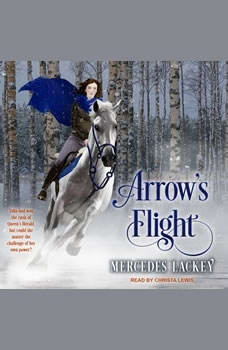 Talia could scarcely believe that she had finally earned the rank of full Herald. Yet though this seemed like the fulfillment of all her dreams, it also meant she would face trials far greater than those she had previously survived. For now Talia must ride forth to patrol the kingdom of Valdemar, dispending Herald's justice throughout the land. But in this realm beset by dangerous unrest, enforcing her rulings would require all the courage and skill Talia could command—for if she misused her own special powers, both she and Valdemar would pay the price.