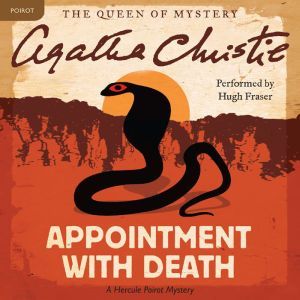 The unstoppable Hercule Poirot finds himself in the Middle East with only one day to solve a murder in the classic Agatha Christie mystery, Appointment with Death. Among the towering red cliffs of Petra, like some monstrous swollen Buddha, sits the corpse of Mrs. Boynton. A tiny puncture mark on her wrist is the only sign of the fatal injection that killed her. With only twenty-four hours available to solve the mystery, Hercule Poirot recalled a chance remark he’d overheard back in Jerusalem: “You see, don’t you, that she’s got to be killed?” Mrs. Boynton was, indeed, the most detestable woman he’d ever met. . . . 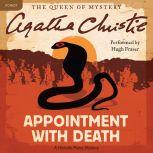