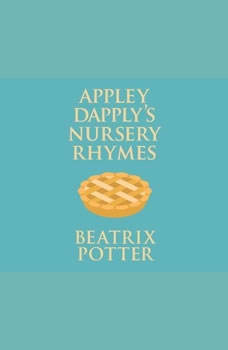 In Appley Dapply's Nursery Rhymes, Beatrix Potter's delightful original nursery rhymes are accompanied by the lifelike illustrations of animals that made books like The Tale of Peter Rabbit and The Story of Miss Moppet so critically and commercially successful. The twentieth of Beatrix Potter's 22 charmingly illustrated tales of animals in amusing situations, Appley Dapply's Nursery Rhymes has delighted children and adults alike since its release in 1917.