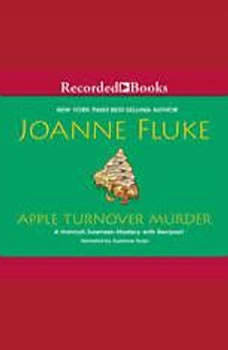 Best-selling author Joanne Fluke serves up a tasty treat from her Hannah Swensen series in Apple Turnover Murder. Hannah is feeling the heat when she agrees to bake apple turnovers for a fundraiser and partake in the charity talent contest. But when Hannah discovers the MC dead with one of her apple turnovers in his hand, she realizes someone has murder on the menu.

This series has gotten stale no pun intended. If you've read one, you've read them all. The Hannah-Normal-Mike love triangle, which as dragged on through since book one, is juvenile, boring, and annoying, as is Hannah's never ending quest to correct everyone's grammar! The cookie has crumbled!!