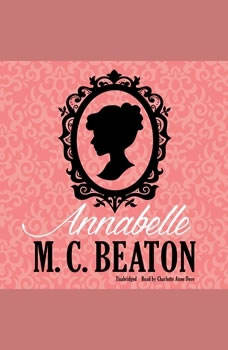 It's a maiden's miracle! Annabelle Quennell, daughter of a poor country parson, gets a chance at a London season to snare a wealthy husband. But before she sets off, Mad Meg the gypsy predicts trouble ahead, and it is nothing but woe that Annabelle finds. Godmother Lady Emmeline sponsors Annabelle's spree-and demands she wed the oafish Captain MacDonald. But things get worse when Annabelle fears she is losing her heart to Lord Varleigh-elegant, well-pursed, but who is taken by another mistress. What a pickle Annabelle had gotten into, and it only gets worse by the moment!In this whirlwind series, Marion Chesney brings us spirited, independent women who are bewitching, beguiling, and determined to make their mark on the world, be it within their social circle or extending beyond. Here is life in all its folly, set out for us as we watch on this dizzying place where dreams are both shattered and made.