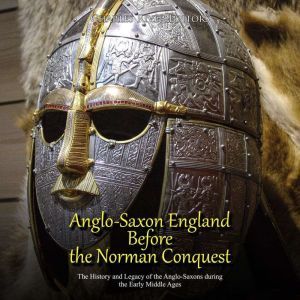 Anglo-Saxon England Before the Norman Conquest: The History and Legacy of the Anglo-Saxons during the Early Middle Ages

Shortly after Emperor Hadrian came to power in the early 2nd century CE, he decided to seal off Scotland from Roman Britain with an ambitious wall stretching from sea to sea. To accomplish this, the wall had to be built from the mouth of the River Tyne – where Newcastle stands today – 80 Roman miles (76 miles or 122 kilometers) west to Bowness-on-Solway. The sheer scale of Hadrian’s Wall still impresses people today, but as the Western Roman Empire collapsed in the late 5th century, Hadrian’s Wall was abandoned and Roman control of the area broke down.

Little is known of this period of British history, but soon the Anglo-Saxons – who had been harassing the Saxon Shore as pirates – showed up and began to settle the land, creating a patchwork of little kingdoms and starting a new era of British history. Several early medieval historians, writing well after the events, said the Anglo-Saxons were invited to Britain to defend the region from the northern tribes and ended up taking over. The Venerable Bede (672 or 673-735) said in his Historia ecclesiastica gentis Anglorum (“Ecclesiastical History of the English People”) that in the year 449, “The British consulted what was to be done and where they should seek assistance to prevent or repel the cruel and frequent incursions of the northern nations. They all agreed with their king Vortigern to call over to their aid, from the parts beyond the sea, the Saxon nation. … The two first commanders are said to have been Hengist and Horsa.”

However they came to control most of England, the Anglo-Saxons became the dominant power in the region for nearly 500 years, and the strength of their cultural influence could be felt even after William the Conqueror won the Battle of Hastings and became the first Norman ruler on the island.