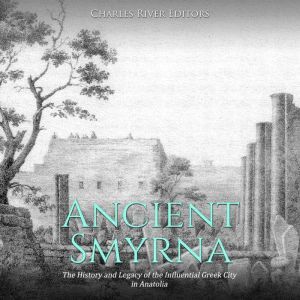 Ancient Smyrna: The History and Legacy of the Influential Greek City in Anatolia

Smyrna was one of the various cities that enjoyed brief yet important periods of influence in which they spawned important dynasties, were the scenes of history-changing battles, and were the sites of great advances in philosophy, science, and economics. However, despite the fact it endured in influence for more than 2,000 years, Smyrna never truly gained the reputation of better-known locales in the ancient world.

Located on the west coast of what is today the nation-state of Turkey, at its height, Smyrna was a relatively stable and influential Greek city that embraced cultural influences from its Anatolian neighbors. Today, ancient Smyrna is known for being the location of one of the “Seven Churches” of the New Testament’s Book of Revelation, and archaeological and textual studies of the city and its surrounding area reveal that its history and influence go back centuries before the apostle Paul walked through its streets and converted the masses to the new religion of Christianity. Long before Smyrna was a part of the Ionian League, and even before it took on a Greek identity and the name “Smyrna,” the area in and around Smyrna was inhabited by people who were part of various Indo-European cultures and pre-Indo-European cultures of Bronze Age Anatolia. The early people of Anatolian Smyrna had contact with the fabled city of Troy and the Hittites of central Anatolia and were probably part of one of two powerful Indo-European kingdoms in the Late Bronze Age. When the Bronze Age collapse took place after 1200 BCE, the region around Smyrna was affected, but the people continued on and formed closer ties with the Greeks on the other side of the Aegean. Thus, Smyrna eventually became an important Greek city, even as it was ruled by the Lydians, Persians, and finally the Romans.