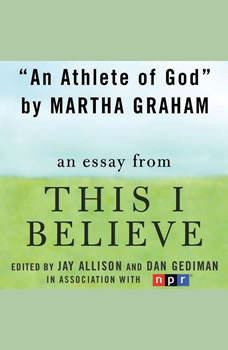 An Athlete of God: A "This I Believe" Essay

In this essay originally aired in the 1950s, legendary modern dance and ballet choreographer Martha Graham describes for NPR’s This I Believe series what it means to be a dancer, "An Athlete of God".