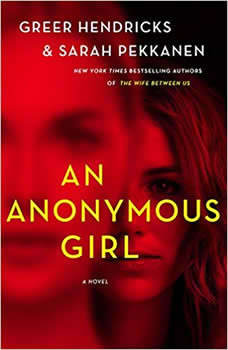 The next audiobook of psychological suspense and obsession from the authors of the blockbuster bestseller The Wife Between Us.Seeking women ages 18–32 to participate in a study on ethics and morality. Generous compensation. Anonymity guaranteed. When Jessica Farris signs up for a psychology study conducted by the mysterious Dr. Shields, she thinks all she’ll have to do is answer a few questions, collect her money, and leave. Question #1: Could you tell a lie without feeling guilt?But as the questions grow more and more intense and invasive and the sessions become outings where Jess is told what to wear and how to act, she begins to feel as though Dr. Shields may know what she’s thinking…and what she’s hiding. Question #2: Have you ever deeply hurt someone you care about? As Jess’s paranoia grows, it becomes clear that she can no longer trust what in her life is real, and what is one of Dr. Shields’ manipulative experiments. Caught in a web of deceit and jealousy, Jess quickly learns that some obsessions can be deadly.Question #3: Should a punishment always fit the crime? From the authors of the blockbuster bestseller The Wife Between Us comes an electrifying new audiobook about doubt, passion, and just how much you can trust someone.Praise for The Wife Between Us:"A fiendishly smart cat-and-mouse thriller" —New York Times Book Review"[A] seamless thriller that will keep readers on their toes to the very end...Readers will enjoy the dizzying back-and-forth as they attempt to figure out just who to root for and as the suspense ratchets up to one hell of a conclusion." —Booklist