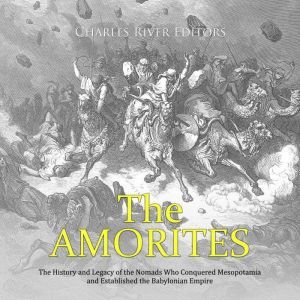 Amorites, The: The History and Legacy of the Nomads Who Conquered Mesopotamia and Established the Babylonian Empire

The creative impetus of organized society in the Fertile Crescent initially came from southern Mesopotamia, where the Sumerians introduced writing and other hallmarks of civilization to the region just before 3000 BCE, but in less than 1,000 years, things changed dramatically. Mesopotamia experienced the rise and fall of the Sumerian based dynasty in Uruk in the early 3rd millennium BCE, followed by the Akkadian Dynasty in the mid-3rd millennium, and the Third Dynasty of Ur in the late 3rd millennium. Each of these dynasties claimed hegemony over large parts of Mesopotamia during the apogees of their power, with the Ur III Dynasty even expanding its influence (but not control) into Syria and Persia. However, when these great regional powers collapsed, it created a vacuum in which new city-states would form, grow, and repeat the process. The city-states that were in the middle of Mesopotamia would either reap the benefits of this process by taking land and cities, or they would experience the pitfalls by being conquered or destroyed, but those on the periphery had a unique perspective and experience.

As the Canaanites established themselves in most of the Levant and the Hurrians carved out space for themselves in northwestern Syria, a West Semitic ethnic group known as the Amorites entered Mesopotamia and Syria from the Arabian Desert. The movement of the Amorites and Hurrians coincided with the collapse of the Ur III Dynasty after 2004 BCE (Haywood 2005, 28), although it is not known for sure if the collapse of Ur III led to the movement of peoples, or if the movement at least partially led to the collapse. As the Ur III Dynasty grew weak internally, it could be that the Amorite attacks were a major factor in the destruction of the state. It must be stated, though, that it was the Elamites who ultimately delivered the coup de grace that brought Ur III to its knees. The likely scenario is that the Amorites simply took advantage of the power vacuum.