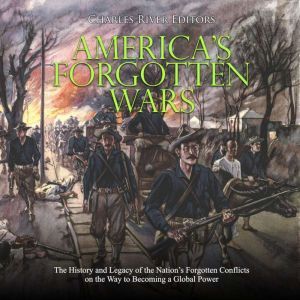 America's Forgotten Wars: The History and Legacy of the Nation's Forgotten Conflicts on the Way to Becoming a Global Power

The history of the United States is to a large extent a history of armed conflict. The nation was first forged in war, a tough fight for independence against one of the world’s largest empires, and that fight would resume less than a generation later with the War of 1812. Then there were constant low-level conflicts with Native Americans as the nation expanded westwards, and occasionally the country engaged in full-scale war against the Sioux, Comanche, and Apache. The country also fought the Mexican-American War, starting in 1846, and the bloody Civil War starting in 1861. These conflicts helped the United States establish its modern boundaries and what kind of nation it would be.

In the 20th century, the United States came into its own as a global power through even more armed conflicts, including World War I, World War II, the Korean War, the Vietnam War, and campaigns against several Middle Eastern nations. While not all of these wars were won, they did establish the nation as a superpower, a status America retains today.

By the second half of the 19th century, still less than a century old, the United States had become a regional power. It had soundly defeated its southern neighbor, Mexico, and greatly enlarged itself in the process. America’s navy and merchant marines were becoming common sights on the high seas, and the country was at the beginning of the end of its drawn-out conquest of the Native Americans. However, it was a country divided deeply along political and economic lines, a tottering edifice many predicted would split apart. Even before the final tremors from the Mexican-American War had stopped disrupting the southern border, the United States found itself in a bloody civil war.