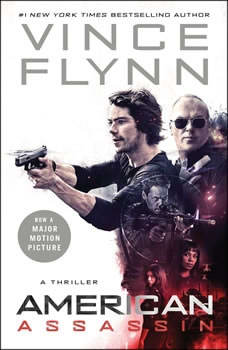 INCLUDES THE FIRST CHAPTER FROM VINCE FLYNN AND KYLE MILLS’ LATEST THRILLER, ENEMY OF THE STATE! Now a major motion picture New York Times bestselling author Vince Flynn returns with his most exhilarating political thriller to date, a pulse-pounding tale of espionage that introduces fans to the young Mitch Rapp as he takes on his first, explosive assignment. Before he was considered a CIA super-agent, before he was thought of as a terrorist’s worst nightmare, and before he was both loathed and admired by the politicians on Capitol Hill, Mitch Rapp was a star college athlete with an untapped instinct for violence. Tensions in the Middle East are simmering when CIA Director Irene Kennedy pays a visit to Syracuse University, where she hopes to recruit none other than Mitch Rapp, a student who has quickly climbed up the academic and athletic ranks. Tragedy entered Mitch’s life a year before, when thirty-five of his classmates, including his girlfriend, perished in Pan Am flight 103. Since then, Mitch has grieved for their senseless deaths and has felt helpless in his desire for revenge. When Kennedy arrives on campus, his career path is suddenly laid out for him. Nine months later, after grueling training, Mitch finds himself in Istanbul on his first assignment, which is to assassinate the Turkish arms dealer who sold the explosives used in the Pan Am attack. Mitch hits his target, but quickly sees, for the first time, what revenge means to the enemy. When Mitch’s mentor and a fellow recruit are kidnapped and tortured by a dangerous group of Islamic jihadists, he must stop at nothing to save them.