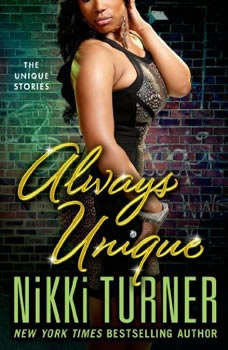 I. With only two hundred dollars, Unique packed her suitcase and headed to New York City for a brand-new start. It's there that Unique meets big-time boxing promoter Kennard, and it is love at first sight. After nine months of living in the lap of luxury with Kennard, skeletons from Unique's past show up, and it will cost her a cool million dollars to keep not only her relationship but her life. Unique isn't about to lose it all. With the help of her best friend, she devises a major heist; to pull it off all she has to do is stay alive. II. Kennard is stunned to learn about Unique's past, but more importantly, he is not about to let anyone get away with hurting his woman. As Unique and her best friend, Teeydah, set out on a path of revenge, a new menace and betrayal rises. III. The blade of revenge cuts both ways. However, that is not going to stop Unique from getting those who are out to get her. And she is determined to be the last woman standing. Always Unique gathers together three popular Unique novellas from bestselling author Nikki Turner.