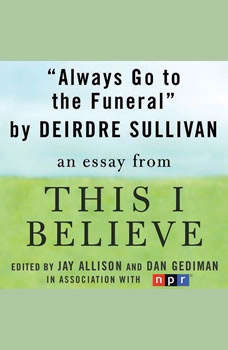 Always Go to the Funeral: A "This I Believe" Essay

Deidre Sullivan describes the lessons she learned from her father's advice to "Always Go To The Funeral" for NPR’s This I Believe series.

Always Go to the Funeral: A "This I...
This I Believe