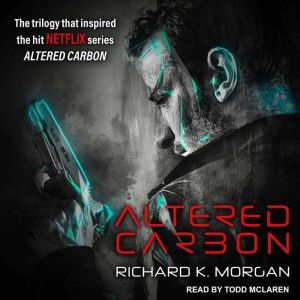 In the twenty-fifth century, humankind has spread throughout the galaxy, monitored by the watchful eye of the U.N. While divisions in race, religion, and class still exist, advances in technology have redefined life itself. Now, assuming one can afford the expensive procedure, a person's consciousness can be stored in a cortical stack at the base of the brain and easily downloaded into a new body (or "sleeve") making death nothing more than a minor blip on a screen. Ex-U.N. envoy Takeshi Kovacs has been killed before, but his last death was particularly painful. Dispatched one hundred eighty light-years from home, re-sleeved into a body in Bay City (formerly San Francisco, now with a rusted, dilapidated Golden Gate Bridge), Kovacs is thrown into the dark heart of a shady, far-reaching conspiracy that is vicious even by the standards of a society that treats "existence" as something that can be bought and sold. For Kovacs, the shell that blew a hole in his chest was only the beginning. . . . "Morgan's debut novel, the first in a series, combines noir mystery with ultra-high tech science to create a complex sf thriller. Featuring a hard-nosed antihero with his own sense of personal honor and ethics, this is highly recommended for sf collections."—Library Journal

Richard Morgan has recreated the tough, cynical ethos of the best Dashiel Hammett noir mysteries in a future world where the technology may be 200 years ahead of our own but where human beings are no happier and no better than they are today. People are regularly 'resleeved' into new bodies when the old one is irreversibly damaged, so being killed no longer means you're dead. Todd McLaren is so good at capturing just the right tone and mood for Morgan's books you find yourself picturing the young Lauren Bacall as you listen to McLaren render the sultry voice of the 'murder victim's' wife. Well written, very well read.

This deserves to be placed among the very best SciFi novels. In the cynical, gritty vein of William Gibson, Richard Morgan adds his own unique vision of a technologically advanced future where everything has changed except for the human capacity for cruelty and selfishness. This is an exciting, suspenseful story which, although dark, will hold your attention from start to finish. Also, after hearing Todd McLaren read a Morgan novel, you'll wonder why McLaren wasn't asked to read all of Morgan's stories. 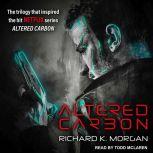 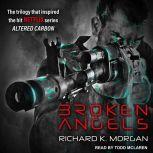 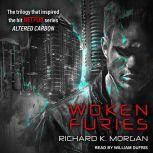