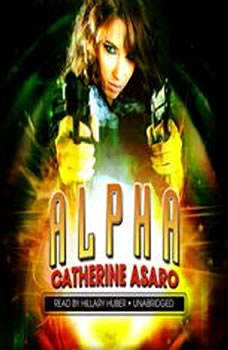 Charon was the most ruthless and brilliant criminal of the twentyfirst century, a practitioner of illegal robotics and android research. He is dead now, and General Thomas Wharington believes his team has deleted all the electronic copies the inventor created of himself. But one major problem remains: Alpha, the only android survivor of Charon's cybernetic empire. Outwardly indistinguishable from a human woman, Alpha has superhuman capabilities, some of which are still unknown. Thomas's superiors want her dismantled and studied, but to Thomas, it feels like murder. When he stalls, Alpha escapes, kidnaps Thomas, and takes him to one of Charon's hidden installations to carry out her late master's orders. Meanwhile, her behavior is becoming more humanor so it seems. Is she developing emotions and a conscience, or just learning to counterfeit them?