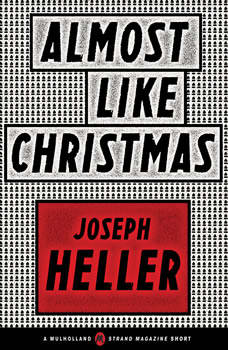 A masterful short story from the acclaimed author of Catch-22, about one long night of anticipation.In a small town in the American South, it is night in the middle of the twentieth century. Carter, a high-school teacher and football coach in the newly desegregated schools, is awaiting news of two of his students who have been in a serious altercation. Outside the building where Carter has kept his vigil, a crowd of townspeople have also gathered to keep watch. Carter must choose how much he wants to participate in the spectacle, and how much he can afford to keep his distance. "Almost Like Christmas" by Joseph Heller is one of 20 short stories within Mulholland Books's Strand Originals series, featuring thrilling stories by the biggest names in mystery from the Strand Magazine archives. View the full series list at mulhollandbooks.com and listen to them all!