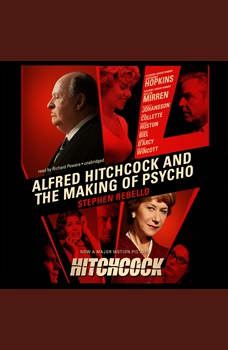 Here is a gripping, behind-the-scenes look inside the classic suspense shocker Psycho—and the creative genius who revolutionized filmmaking. First released in June 1960, Psycho altered the landscape of horror films forever. But just as compelling as the movie itself is the story behind it. Stephen Rebello brings to life the creation of one of Hollywood's most iconic films, from the story of Wisconsin murderer Ed Gein, the real-life inspiration for the character of Norman Bates, to Hitchcock's groundbreaking achievements in cinematography, sound, editing, and promotion. Packed with captivating insights from the film's stars, writers, and crew members, this book is a riveting and definitive history of a signature Hitchcock cinematic masterpiece.