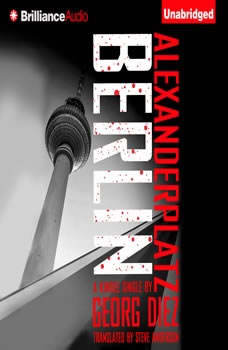 Alexanderplatz has long survived as the symbol of a city burdened by its ruinous past. In 2012, twenty-year-old Jonny K. was beaten to death on this infamous Berlin square—and Germany’s first multicultural murder brought another shock to a country that’s seen its share. Before the trial, the question of guilt already had an ideological slant: Was Alexanderplatz itself to blame? Was the socialist architecture? The brutality of capitalism?Georg Diez pursues the mystery of Alexanderplatz in a narrative at once contentious and sincere. He portrays a city shaking free of the cultural pathos that defined it, even as its citizens wrestle with the legacies of Hitler and an East German regime that isolated the square before the Berlin Wall fell.In imaginative prose, Diez describes a historical icon unleashed in modern Germany, fueled by unbridled enterprise and consumerism. Along the way, he takes the status quo to task and unveils a provocative view of the German capital in a troubled era.

The Time of Our Lives
by Peggy Noonan

The Point of It All
by Charles Krauthammer

Things That Matter
by Charles Krauthammer