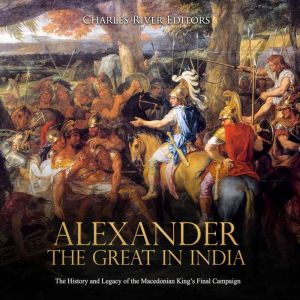 Alexander the Great in India: The History and Legacy of the Macedonian King’s Final Campaign

After he had finished off the Persian Empire, Alexander must have been glad to leave Persia and its adjoining provinces at his back. Alexander was planning to march onwards, into India, and had made overtures to the wild tribesmen that inhabited the region that is now Pakistan, but he had been abruptly refused. The chieftains of the hill clans who guarded the passes of the mighty Hindu Kush mountains were determined to make a fight of it, secure in the knowledge that the high passes of their domains were virtually unconquerable. Alexander, never one to accept defiance, made his preparations and, in midwinter, a season traditionally reserved for rearmament and regrouping, he began his campaign. The Aspasioi, the Guraeans and the Assakenoi, inhabitants of the rocky valleys of north-western Pakistan, all opposed him, so Alexander destroyed their fortresses one by one, determined to extinguish them. The hill clans were fierce fighters, and each fortress, small though they generally were, was only carried by storm after days of vicious fighting which resulted in grievous losses among the Macedonian ranks. To give an idea of the brutality of this conflict, Alexander himself was seriously wounded twice during two separate sieges, taking a javelin through the shoulder fighting the Aspasioi and then a spear-thrust to the ankle in the assault against the Assakenoi fortress of Massaga. His reprisal was fierce: every fortress of the hill clans that did not surrender him was razed to the ground, and its inhabitants put to the sword, to the last man.

Despite the war-weariness of his veterans and many of his generals, after having vanquished the hill tribes Alexander pressed south and east into the Punjab. There he clashed with the most powerful enemy he had encountered since he had vanquished Darius at Gaugamela, the great Indian ruler Rajah Porus, whose domains included virtually the whole Punjab and who commanded an army tens of thousands strong.