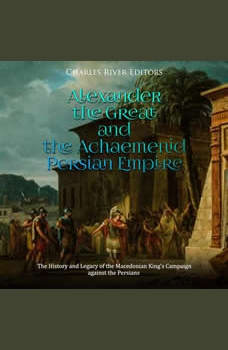 Alexander the Great and the Achaemenid Persian Empire: The History and Legacy of the Macedonian King's Campaign against the Persians

When Alexander crossed the Hellespont in 334 BCE, his first encounter with Persian forces took place along the Granicus River. The Persian commanders had met at the city of Zeleia along with Memnon of Rhodes, the leader of their Greek mercenary forces, and Memnon advised the Persians not to fight Alexander head on. Since the Persian forces were slightly outnumbered for the battle, Memnon advised that the Persians should scorch the nearby lands and make travel and supplying the army difficult for Alexander. After the Battle of the Granicus River, the Persian king would personally face Alexander twice, once at the Battle of Issus and again at the Battle of Gaugamela, and the battles would decide the fate of his empire and the fate of the Western world.