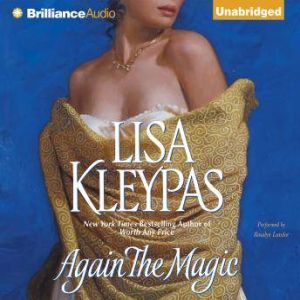 She gave him her innocence .…Lady Aline Marsden was brought up to marry a man of her own class, but from the moment she meets John McKenna, she risks everything to be with him.He gave her his heartAlthough their love is forbidden, McKenna's passion for the beautiful Aline is too compelling to deny.When their secret is discovered, their world is shattered. McKenna is forced to leave forever, unaware that the only reason Aline has given him up is to save him.Now McKenna has returned, a powerful man determined to take revenge against the woman who broke his heart. But the magic between them burns as fiercely as ever…and as McKenna uncovers Aline's deepest secret, together they discover a love that will defy Fate itself.