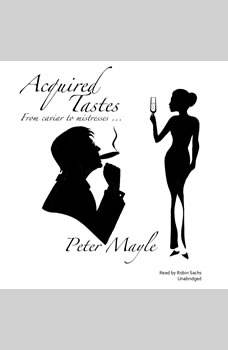 Acquired Tastes, originally published as Expensive Habits, is a celebration of life's extravagances. It explores an aspect of human nature that, although dormant in hard economic times, is capable of erupting with the hint of good fortune and the drop of a credit card. It samples the luxuries of Havana cigars, Parisian hotels, bespoke London tailoring, and hand-made shoes; discusses the proper color for a stretch limousine; and weighs the cost versus the pleasure of keeping a mistress. The proper way to eat true caviar is explained while providing the listener with hours of pure, unadulterated escapism.