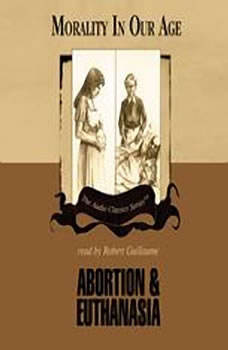 British and American common law traditionally prohibited abortion only after quickening (when the mother feels fetal movements). But after the U.S. Civil War, states began absolutely prohibiting abortion, based primarily on medical concerns. Then in 1973, U.S. abortion law was dramatically changed by the Supreme Courts decision in Roe v. Wade; states now could not prohibit abortion until the third trimester of pregnancy, and restrictive regulations were allowed only in the second trimester. History has known various laws and mores about lifes beginning, often related to the societys code of sexual behavior. Todays moral debate on abortion pits autonomy (or personal liberty) against the duty not to harm others. Also involved are various understanding of ensoulment that is, how a new person comes into being. Much depends on the importance and distinctiveness of the many changes from a potential to an actual, fully human life. These stages include insemination, combination of DNA, womb implant, appearance of human physical features, fetal movement, response to stimulus, quickening, viability (potential to live outside the womb), birth, speaking, and using reason. Euthanasia means good or peaceful death; however, it may also be a form of suicide or killing, where morality depends heavily on motive. Passive euthanasia (a.k.a. letting die)., includes refusing treatment for oneself and withholding life support for others. Active euthanasia a direct, positive act of mercy killing is forbidden by virtually all ethical codes, though many defend it as a merciful alternative to a lingering, agonizing, fatal illness. Physicians have potentially conflicting obligations to perserve life and to relieve pain; patients increasingly have taken responsibility for medical decisions based on informed consent. Courts have repeatedly affirmed a patients right to refuse treatment, based on the right to privacy and the right to liberty. With lifeextending technologies, the distinction between ordinary and extraordinary treatment usually is based either on custom, cost, complexity, or the ratio of benefits to burdens from the patients point of view. But rights to such care can be very costly; if a patient cannot pay, is it a right to demand or expect payment from others?

Abortion and Euthanasia
The Morality in Our Age Series