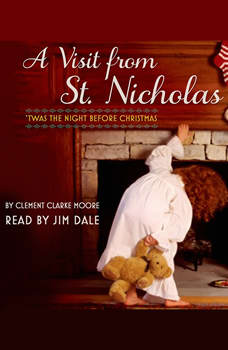 A Visit from St. Nicholas: Twas the Night Before Christmas

‘Twas the night before Christmas, when all thro' the house, not a creature was stirring, not even a mouse…First published in 1823, "A Visit From St. Nicholas" has long been a Christmas tradition for families everywhere. Now experience Clement Moore's classic poem as read by the incomparable Jim Dale.