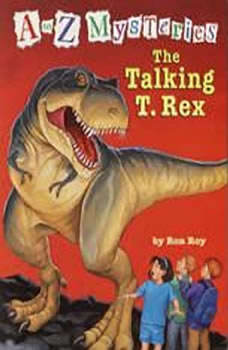 A to Z Mysteries: The Talking T. Rex

Meet Tyrone the Tyrannosaurus, Green Lawn’s newest–and biggest!–visitor. The kids’ old friend Jud Wheat is in town raising funds for a dinosaur museum. But after the show in Green Lawn, all Jud’s money disappears! Can Dink, Josh, and Ruth Rose track down the cash?