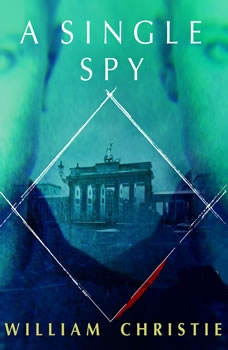 “A single spy—in the right place and at the right moment—may change the course of history.” Aleksi Ivanovich Smirnov, an orphan and a thief, has been living by his wits and surviving below the ever-watchful eye of the Soviet system until his luck finally runs out. In 1936, at the age of 16, Aleksi is caught by the NKVD and transported to Moscow. There, in the notorious headquarters of the secret police, he is given a choice: be trained and inserted as a spy into Nazi Germany under the identity of his best friend, the long lost nephew of a high ranking Nazi official, or disappear forever in the basement of the Lubyanka. For Aleksi, it’s no choice at all. Over the course of the next seven years, Aleksi has to live his role, that of the devoted nephew of a high Nazi official, and ultimately works for the legendary German spymaster Wilhelm Canaris as an intelligence agent in the Abwehr. All the while, acting as a double agent—reporting back to the NKVD and avoiding detection by the Gestapo. Trapped between the implacable forces of two of the most notorious dictatorships in history, and truly loyal to no one but himself, Aleksi’s goal remains the same—survival. In 1943, Aleksi is chosen by the Gestapo to spearhead one of the most desperate operations of the war—to infiltrate the site of the upcoming Tehran conference between Churchill, Roosevelt, and Stalin, and set them up to be assassinated. For Aleksi, it’s the moment of truth; for the rest of the world, the future is at stake.