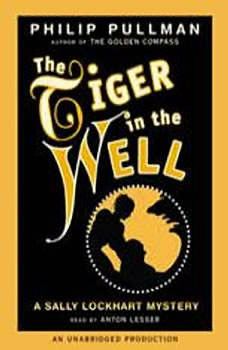 A Sally Lockhart Mystery: The Tiger In the Well: Book Three

Sally Lockhart, trying to put her troubled past behind her after her fiancé's death, has settled into a comfortable life with her daughter, Harriet, her career, and her London friends. But her world comes crashing down around her when a complete stranger claims to be both her husband and Harriet's father, casting doubt on her spotless reputation. Seeking the answers to this terrible dilemma, Sally realizes with growing horror that there is a guiding hand behind all this deceit; someone who hates her so passionately that he has devoted years to bringing about her ruin. She has no choice but to escape with her child into the crime-ridden slums of London's East End. Suddenly it isn't only Sally's reputation that is in danger.