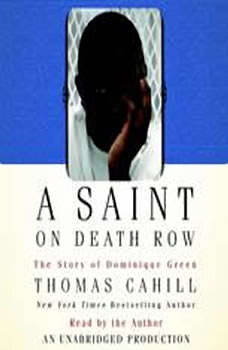 A Saint on Death Row: The Story of Dominique Green

On October 26, 2004, Dominique Green, thirty, was executed by lethal injection in Huntsville, Texas. Arrested at the age of eighteen in the fatal shooting of a man during a robbery outside a Houston convenience store, Green may have taken part in the robbery but always insisted that he did not pull the trigger. The jury, which had no African Americans on it, sentenced him to death. Despite obvious errors in the legal procedures and the protests of the victim’s family, he spent the last twelve years of his life on Death Row.

When Cahill found himself in Texas in December 2003, he visited Dominique at the request of Judge Sheila Murphy, who was working on the appeal of the case. In Dominique, he encountered a level of goodness, peace, and enlightenment that few human beings ever attain. Cahill joined the fierce fight for Dominique’s life, even enlisting Dominique’s hero, Archbishop Desmond Tutu, to make an historic visit to Dominique and to plead publicly for mercy. Cahill was so profoundly moved by Dominique’s extraordinary life that he was compelled to tell the tragic story of his unjust death at the hands of the state.

A Saint on Death Row will introduce you to a young man whose history, innate goodness, and final days you will never forget. It also shines a necessary light on America’s racist and deeply flawed legal system. A Saint on Death Row is an absorbing, sobering, and deeply spiritual story that illuminates the moral imperatives too often ignored in the headlong quest for justice.

The Cross and the Lynching Tree
by James H. Cone

Say It Louder!
by Tiffany Cross