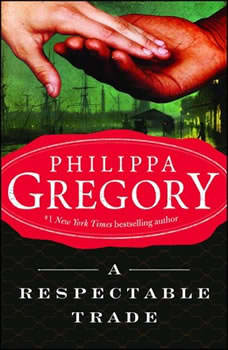 From the author of The Other Boleyn Girl—a book about the devastating consequences of the slave trade in 19th century England.Bristol in 1787 is booming, a city where power beckons those who dare to take risks. Josiah Cole, a small dockside trader, is prepared to gamble everything to join the big players of the city. But he needs capital and a well-connected wife. Marriage to Frances Scott is a mutually convenient solution. Trading her social contacts for Josiah's protection, Frances finds her life and fortune dependent on the respectable trade of sugar, rum, and slaves. Into her new world comes Mehuru, once a priest in the ancient African kingdom of Yoruba, now a slave in England. From opposite ends of the earth, despite the difference in status, Mehuru and Frances confront each other and their need for love and liberty.

#1 New York Times bestselling author and “queen of royal fiction” (USA TODAY) Philippa Gregory brings to life the passionate, turbulent times of seventeenth-century England as seen through the eyes of the country’s most famous roya...