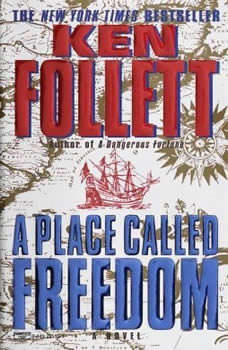 Larger-than-life characters, and an epic plot brimming with the energy of his internationally-acclaimed thrillers make Ken Folletts A Place Called Freedom an experience not to be missed. This lush novelset in 1766 England and Americaevokes an era ripe with riot and revolution from the teeming streets of London to the sprawling grounds of a Virginia plantation. Mack McAsh burns with the desire to escape his life of slavery in Scottish coal mines, while Lizzie Hallim is desperate to shed a life of sheltered subjugation to her spineless husband. United in America, their only chance for freedom lies beyond the western frontierif theyre brave enough to take it. Spanning two continents and bringing together an unforgettable cast of heroes, villains, and rebels, A Place Called Freedom is a magnificent epic of love, liberty, and the pursuit of happiness. Narrator Simon Prebbles masterful use of voice and pacing captures a vivid cast of characters, and the powerful destiny that shapes their lives.