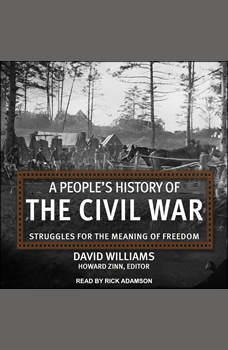 A People's History of the Civil War: Struggles for the Meaning of Freedom

The acclaimed sweeping history of a nation at war with itself, told here for the first time by the people who lived it. Historian David Williams has written the first account of the American Civil War as viewed though the eyes of ordinary people-foot soldiers, slaves, women, prisoners of war, draft resisters, Native Americans, and others. Richly illustrated with little-known anecdotes and firsthand testimony, this path-breaking narrative moves beyond presidents and generals to tell a new and powerful story about America's most destructive conflict.